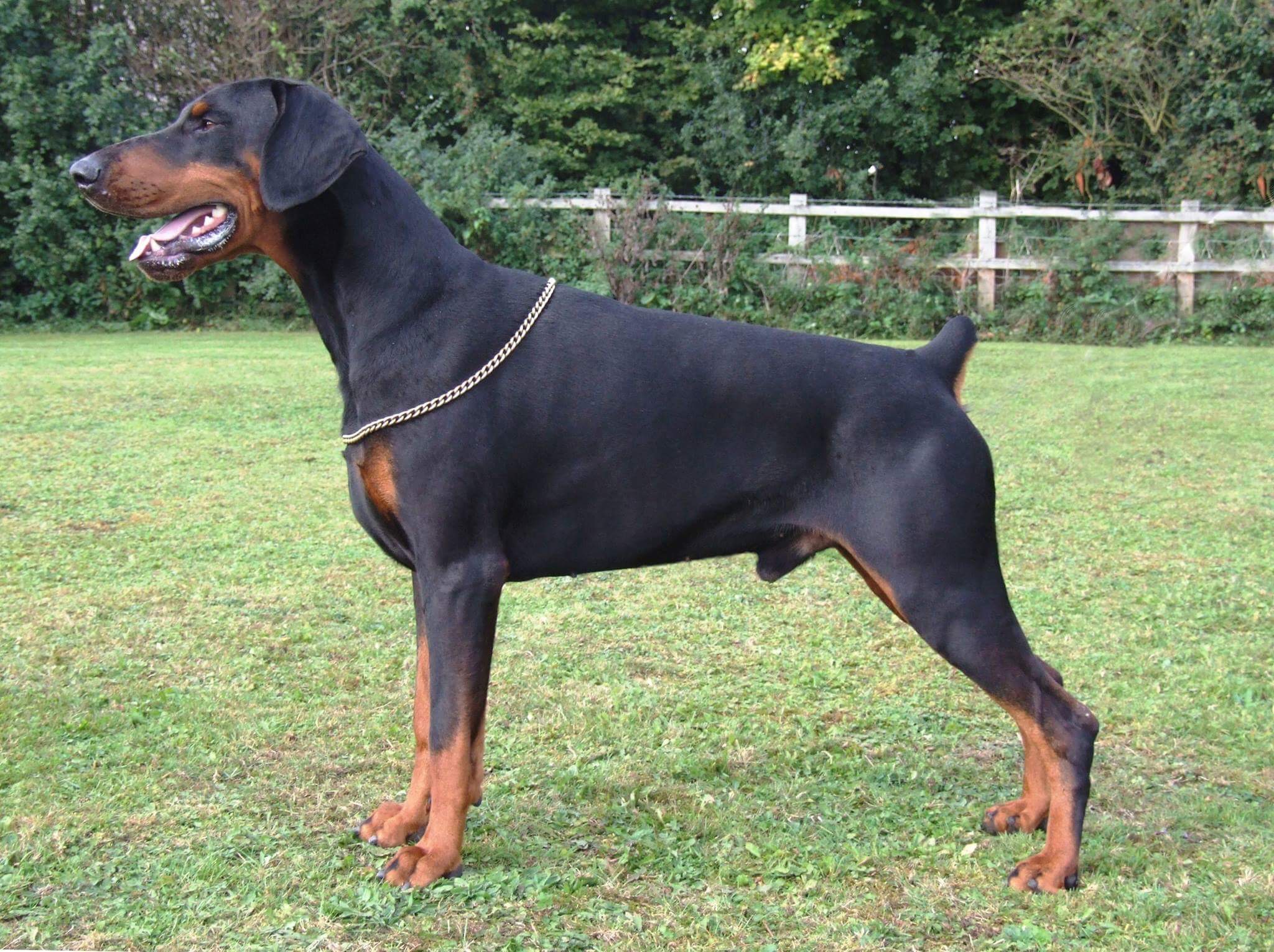 Characteristics
Intelligent and firm of character, loyal and obedient.

Eyes
Almond-shaped, not round, moderately deep set, not prominent, with lively, alert expression. Iris of uniform colour, ranging from medium to darkest brown in black dogs, the darker shade being more desirable. In browns, blues, or fawns, colour of iris blends with that of markings, but not of lighter hue than markings; light eyes in black dogs highly undesirable.

Ears
Small, neat, set high on head. Normally dropped, but may be erect.

Hindquarters
Legs parallel to each other and moderately wide apart. Pelvis falling away from spinal column at an angle of about 30 degrees. Croup well filled out. Hindquarters well developed and muscular; long, well bent stifle; hocks turning neither in nor out. When standing, hock to heel perpendicular to the ground.

Feet
Well arched, compact, and cat-like, turning neither in nor out. All dewclaws removed. Long, flat deviating feet and/or weak pasterns highly undesirable.

Gait/Movement
Elastic, free, balanced and vigorous, with good reach in forequarters and driving power in hindquarters. When trotting, should have strong rear drive, with apparent rotary motion of hindquarters. Rear and front legs thrown neither in nor out. Back remains strong and firm.

Coat
Smooth, short, hard, thick and close-lying. Imperceptible undercoat on neck permissible. Hair forming a ridge on back of neck and/or along spine highly undesirable.

Colour
Definite black, brown, blue or fawn (Isabella) only, with rust red markings. Markings to be sharply defined, appearing above each eye, on muzzle, throat and forechest, on all legs and feet and below tail. White markings of any kind highly undesirable.

Faults
Any departure from the foregoing points should be considered a fault and the seriousness with which the fault should be regarded should be in exact proportion to its degree and its effect upon the health and welfare of the dog.

(Reproduced by kind permission of the Kennel Club)